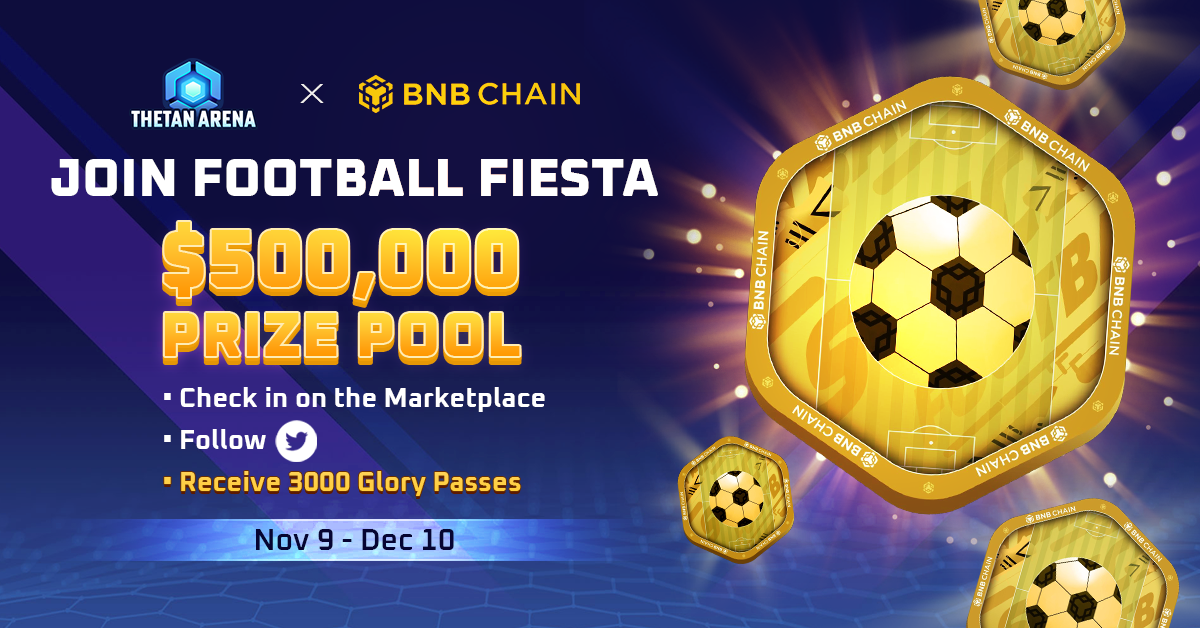 In celebration of the biggest tournament of perhaps the most loved sport in the world, BNB Chain will be hosting Football Fiesta - a prediction campaign for sports fans to predict the World Cup matches using Glory Pass, a specially designed NFT, starting in November. 120,000 Glory Passes will be issued among the communities via BNB Chain’s partner projects, including Thetan Arena.

Every community member participating in Football Fiesta stands a chance of winning from a $500,000 prize pool and accessing plenty of other benefits from BNB Chain’s partner projects in the campaign.

3,000 Glory Passes from Thetan Arena will be distributed from November 9 to December 10. In order to receive a Glory Pass, users are required to:

From any project, each user is able to claim only one Glory Pass.

Given the simplicity of the tasks, Thetanians are strongly encouraged to engage in the campaign so they will not miss the chance to earn their share from the massive prize pool.

Each Glory Pass holder is allowed to predict one time per match. All prediction rounds will kick off 12 hours prior to the matches, end 10 minutes before the matches begin, and will take place on BNB Chain DappBay for the four last matches of the World Cup, scheduled as follows:

95% Chance of Receiving An NFT Hero From Glory Box

In addition to the entitlement to the prediction of the World Cup matches, from November 14 to December 14, each Glory Pass holder is eligible for a Glory Box from Thetan Arena, which can be claimed on the marketplace and has a 95% chance of unlocking an NFT hero.

By connecting the wallet on the marketplace and entering the Glory Pass ID, users will have the opportunity to acquire NFT heroes and use them for several activities in Thetan Arena, including playing the game, trading NFTs on the marketplace, taking part in special events such as the tournament, Hero Trading and Fusion to gain huge benefits.

Fortune in your area

As the World Cup will be a contemporary of the year-end holiday season, Thetan Arena is going to elevate the festive spirit with Giftmas Fortune Wheel, a game that will bring Thetanians the opportunity to acquire more gifts from mid ‘til late December. The gifts include NFT heroes, NFT cosmetics, BUSD gift cards, and other tangible gifts.

More details about Giftmas Fortune Wheel will be laid out. Follow Thetan Arena’s social channels for the latest updates on the game.

BNB Chain Football Fiesta ain’t just a normal campaign but also a commemoration of Thetan Arena’s fruitful year and a foundation for 2023 that will be full of good things to come for both the project and Thetanians. 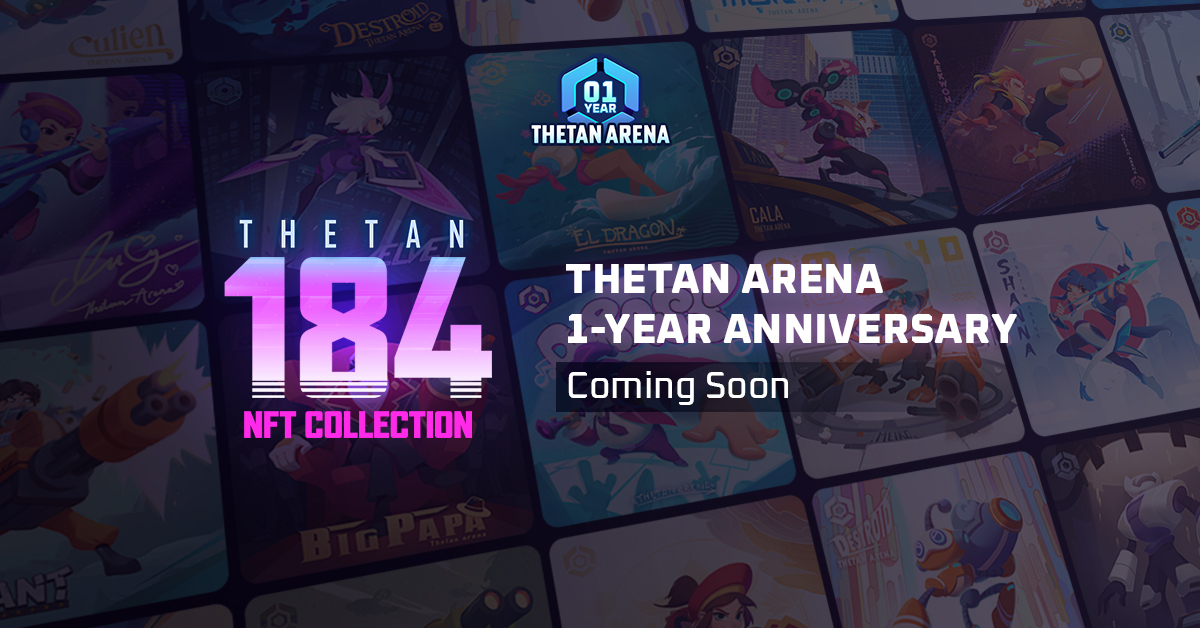 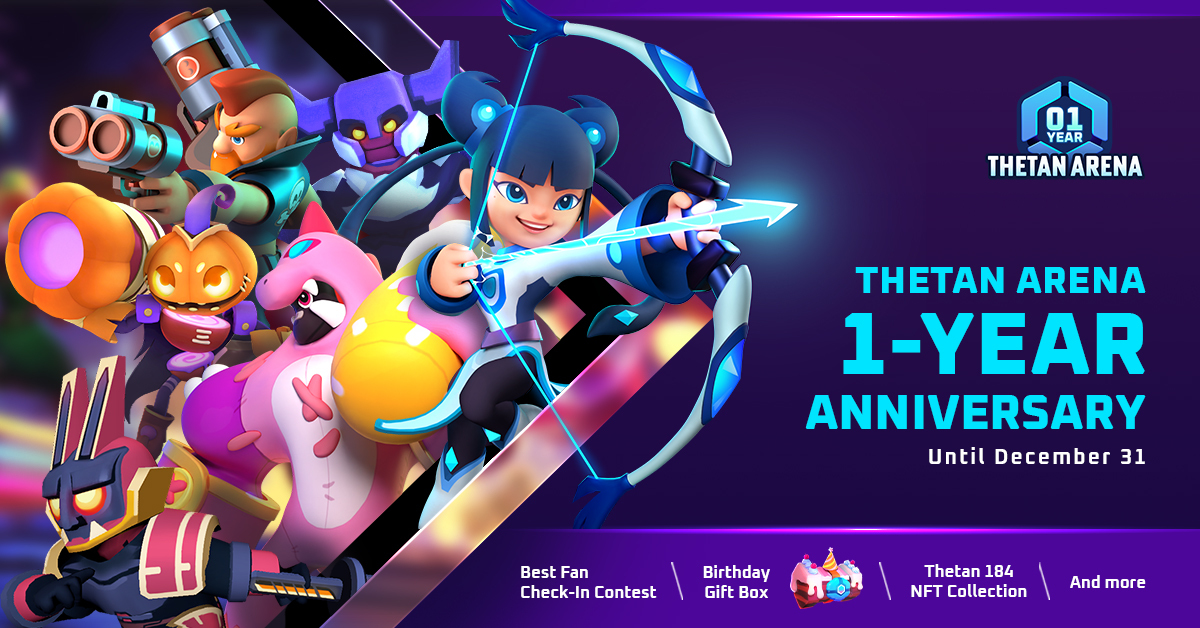 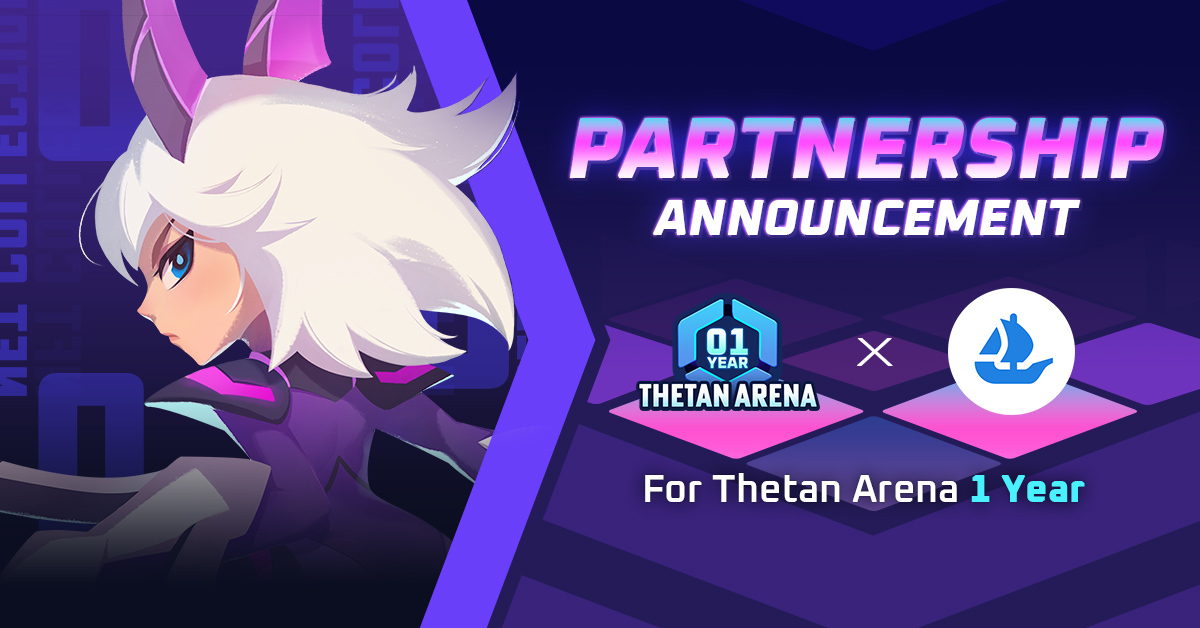