Embark on The Quest-to-Earn Journey in Thetan Arena With the Quest-to-Earn series in place since early July this year, Thetanians are in for what will provide the level-up in the “earn” and “play” factors in Thetan Arena.

For starters, users can claim a free loot box from the Coinbase Loot campaign. The box is a chance to receive an NFT hero for absolutely free. The only requirement is that users connect to the Thetan Arena marketplace with a Coinbase Wallet to be eligible for the loot box. Guidelines are available for both new wallet users and Metamask wallet owners.

Marketplace Quest as the starting point

First of all, Marketplace Quest is a perfect feature to get your hands on plenty of rewards. Some of the quests on the marketplace include putting a hero or skin on sale and spending a certain amount of tokens. Completing the quests will grant users quest points, and enough quest points will enable access to a Quest box with an 80% chance of containing an NFT hero. A trick that will help gain quest points without much hassle is to keep on the login streak by checking in on the marketplace every day. Not only does the number of quest points increase on subsequent days, but there is also a gTHC reward for a successful 7-day streak.

Heading into the tournament

A MOBA is not complete without a tournament, where gamers showcase their battle skills and strategies. If Marketplace Quest is for earning more tokens and acquiring more NFT heroes, then the tournament is for diving into a real gaming experience. The tournament in Thetan Arena provides gTHC rewards for players who come out victorious in battles and rank high on the leaderboard.

Moreover, the heroes can be levelled up in the tournament, allowing players to take home more gTHC and make the heroes reach a higher level at the same time.

Tripling the rewards in Hero Trading

This special event possesses unique attributes that leverage the experience of users by utilising the usage of NFT heroes.

Hero Trading is aligned with the Tournament, giving the heroes that levelled up in the tournament a higher value for transactions in the event. Furthermore, some transactions during Hero Trading will help users to complete particular quests in Marketplace Quest, providing the opportunity to kill two birds with one stone.

The benefits for users from Hero Trading can be maximised with the diversification of the hero portfolio based on class, trophy class, level and skin rarity. Interactions with the selected heroes in the event increase a player’s personal milestone and helps them reach high ranks on the leaderboard, ultimately giving them gTHG rewards. Participants also have the option to take on daily challenges for additional gTHC rewards.

The Quest-to-Earn journey has been mapped out so that not a single moment in Thetan Arena will be dull, and users are encouraged to take advantage of it to reap the most benefits.

Head to the marketplace and start joining us on this journey. 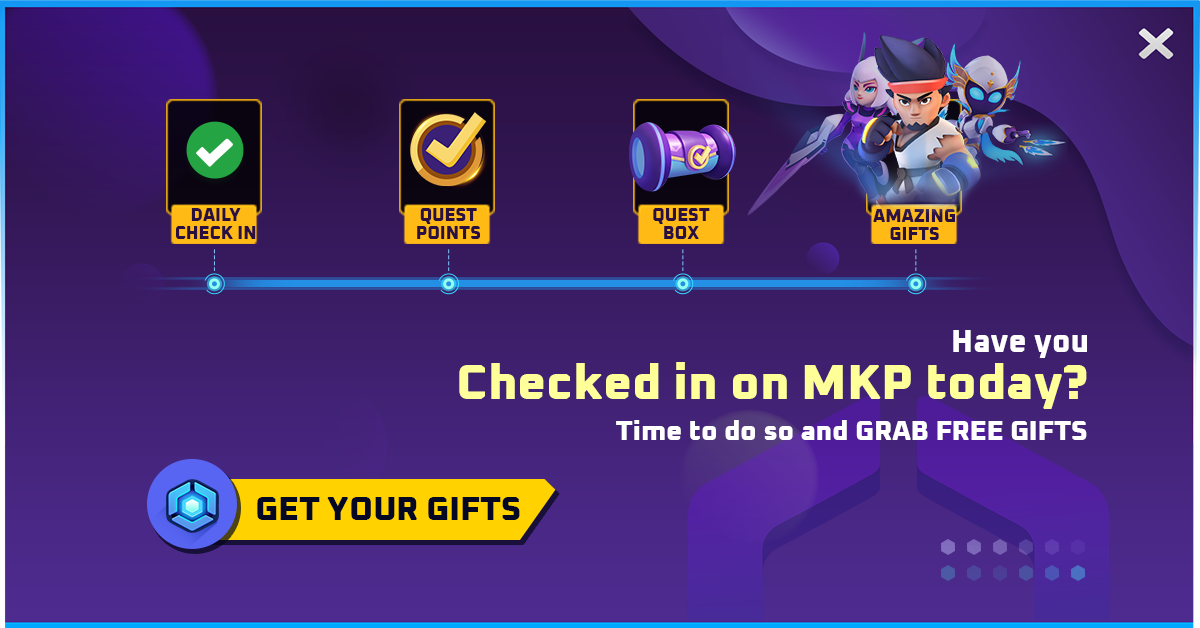